Rohan is a Registered Nurse and Midwife from the Northern Territory who embarked on World Youth International’s Global Adventurers Program in Kenya last year. Having spent 3 weeks in Kenya and witnessing how dire the state of health is for the country’s citizens, Rohan felt that his nursing and midwifery skills could contribute significantly to the improvement of many lives in countries across the world that are not afforded the level of healthcare we have access to in Australia.

“When I returned to Darwin, I began exploring options to study public/global health with the long-term goal to secure a job within the World Health Organisation. I also found I was more interested in working in the field of disaster and emergency response. I love being a midwife, and helping others, and I wanted to be able to pursue this even further.”

After looking into a few different pathways that suited his interests and long-term goals, Rohan decided to enrol in a law degree with the University Of Southern Queensland, commencing this June. While this means even more study on top of his work commitments, he is as motivated as ever.

“As its International Year of the Nurse & Midwife, and with everything that has come our way already this year, I feel there is no better time to embrace change, and look at how we can really fulfil our potential. Pairing law with my current nursing and midwifery qualifications seems unique and fulfilling, and will allow me to continue working in fields that I am passionate about,” Rohan, Registered Nurse/Midwife & World Youth International Volunteer.

There is no doubt that Rohan is passionate about helping others at work but also in his personal life. In his spare time, he walks dogs from an animal shelter in Darwin, and has previously volunteered domestically with various charity organisations and advocacy groups. Rohan’s trip to Kenya was his first time volunteering internationally. He was inspired to join World Youth International’s program as he saw it as another opportunity to make a positive difference, and to show humanity and kindness to people he had never previously met.

The level of poverty experienced by the communities he worked within was a real eye-opener. Even more so, the resilience and optimism of the people in these communities in the face of adversity and poverty.

“It was extremely confronting realising that despite the level of resilience and optimism being high, nothing was going to change for the people I directly came into contact with in regards to improved health outcomes, better standards of living or opportunities for education and employment. It was just too late for them, but hopefully we can make it better for future generations,” Rohan, Registered Nurse/Midwife & World Youth International Volunteer.

“The greatest challenge being a male nurse and especially a male midwife I have experienced is that people assume we actually face challenges that female or gender diverse nurses don’t face. Nursing is a difficult profession to work in regardless of gender orientation. Interestingly, the male nurses I worked with in the more remote and less equipped clinics were also trained as midwives and this was never even considered unusual or something that needed to be spoken about. Generally, people requiring medical assistance are happy that there is somewhere there to help,” Rohan, Registered Nurse/Midwife & World Youth International Volunteer.

World Youth International take a 'hand up, not a hand out' approach to development, which means they support local communities to implement projects that build their capacity to generate their own income and improve access to basic services long-term. The hardest aspect of Rohan’s experience in Kenya was learning how to say no respectfully to people asking for money.

“It was relentless and came not only from people on the streets but also from a number of nurses and doctors I worked with. This was incredibly difficult as I consider myself a very generous person and having to say no is not something that comes easily to me. It took me out of my comfort zone.”

The highlight of Rohan’s Global Adventurers Program was meeting and creating friendships with his host family and their friends.

“I developed several amazing new friendships with my host family and the owner of the tour company that organised my safari at the end of my volunteering placement in Nairobi. We speak regularly since my return to Australia and have established what I think will be a life-long friendship.”

It’s a difficult time for everyone right now. At World Youth International, our core work is supporting poverty-stricken communities to build income-generating activities and resilience, as well as giving volunteers opportunities to help support this work and provide direct capacity building and support for those in need of medical care. Although we are pausing our volunteer programs right now during the COVID-19 pandemic, we expect programs to resume from 2021.

It's a great time to plan ahead for the journey of a lifetime in 2021. There are 2 key advantages of applying early:

So if you’re passionate about supporting others and want to plan future trips, particularly when some of the communities we work with will need more support than ever while the world is recovering, consider signing up in advance to our Global Adventurers Program (GAP) or our Nurses in Action Program (NIA). 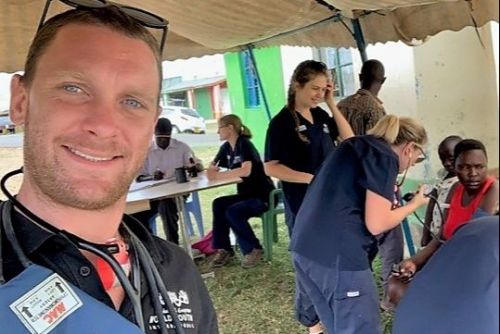 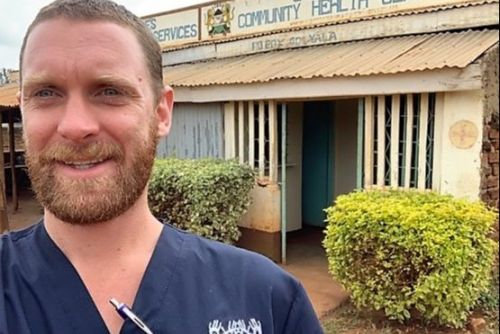 5 ways to support us this Christmas! Partnering With Kenshi Candles To Encourage Others To Embrace The Gift Of Giving Back This Christmas Acknowledging Ralph Hoey this Father's Day! All Volunteers Home Safely! COVID-19 Update Altaira’s new partnership will provide vulnerable elderly people access to healthcare At the forefront of global health: Malaria Vaccination Program Introduced Awarded 'Most Innovative Charity and Employer Partnership' with Valued Partners Computershare Challenges of Digital Education in Nepal and its impact on Students COVID-19 Update – World Youth International/Nurses In Action From Melbourne to Kenya – experiences on our Global Adventurer’s Program! #GivingTuesdayNow - Responding to Urgent Covid-19 Need, Supporting Students from Vulnerable Communities in Nepal How a Child Scholarship Changed this Student’s Life How an ambulance has helped save lives in rural Kenya How volunteering can impact your life (and career)! Icon Group improving quality of life through Health Camps in Kenya IMPROVING ACCESS TO MATERNAL CARE IN ODEDE, KENYA IMPROVING ACCESS TO MATERNAL CARE WITH NEW DEDICATED CENTRE International Day of Women and Girls in Science Introducing CharityBay Introducing our Nurses in Action Ambassador, Helen Zahos LEADERSHIP INSIGHTS; LEARN MORE ABOUT WORLD YOUTH INTERNATIONAL’S CHAIRPERSON GEORGIE Leading a charity organisation through a pandemic Nurses In Action Volunteers during the pandemic: Abbey's insights Nurses In Action Volunteers during the pandemic: Kay’s insights Nurses In Action Volunteers during the pandemic: Linsie’s story Official Event Partner of the Nursing and Midwifery Expo at Australian Healthcare Week 2020 Registered Nurse Helen Zahos recognised for her humanitarian efforts through the Nurses In Action program Revised Nurses In Action program launched to improve access to health, and increase education for Nurses Spotlight on Humanitarian Nurse Helen Zahos! Spotlight on our Real Life Hero this World Humanitarian Day! Spotlight on Sarah - one of our wonderful Team Leaders! Spotlight on World Youth’s General Manager Terry Steven: Returning to Kenya, this time as an Allied Health Assistant! Thank you to our Child Scholarship Sponsors! Thank you to our Real Life Heroes this World Humanitarian Day! The Pandemic’s Impact on Education & Students’ Mental Health Within Nepal Video Editor/Content Creator - Volunteer Opportunity Volunteering within vulnerable communities profoundly changed this Nurse/Midwife’s career trajectory Welcoming the newest Director on our Board, Rachel Why join Nurses In Action during a pandemic? Kasia’s insights!