The Odede Community Health Centre opened its doors in March 2013, and since then has treated more than 55,000 patients, most of whom live below the poverty line. In Odede and the villages surrounding it, many families live on less than $2 income per day, and maternal and infant mortality rates are high. Prior to Odede Health Centre opening, there were no nearby facilities where women could safely give birth or receive pre-natal and post-natal care, without walking at least several kilometres (often whilst heavily pregnant) to do so. The nearest hospital was 27km away, and many women still could not afford the high consulting and treatment fees. 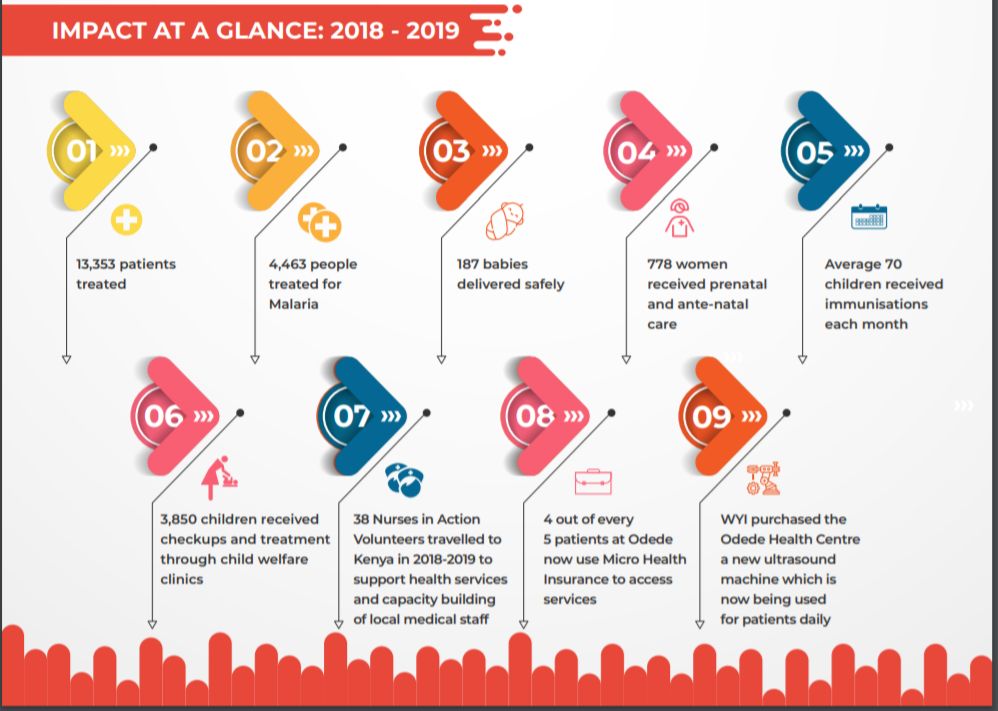 “We have come a very long way. We are providing services to the people in Odede, but also to the other villages around here. We have played a very important role. The founding of this Health Centre has really helped this community.” Ambrose Adeya, MAOCHC General Manager.

Thanks to the generosity of our amazing community, we were able to raise the funds for a new ultrasound machine for Odede Community Health Centre.

Since May, patients are using the ultrasound almost daily, and it has made a huge impact for both the patients in Odede and surrounding villages, and also to the Health Centre itself. The facility does not have to refer patients to other clinics to have an ultrasound test, meaning that the Health Centre can earn more income to improve its sustainability, and also costs patients much less because they don’t need to pay for transport to other hospitals.

Medical equipment is a huge cost, and so making this crucial piece of equipment accessible for patients in Odede, which is located in a very rural area, means that thousands of patients every year will have access to higher quality medical testing and services.

World Youth International has worked in partnership with the…

The Nam Lolwe Cooperative is located in the rural village of Odede in Eastern Kenya, ne…

The Odede Health Centre is a community-driven initiative that…

The Sapana Dreaming Centre for Humanity in Gokarna, Nepal, was bui…

World Youth International has worked in partnership with the…

The Nam Lolwe Cooperative is located in the rural village of Odede in Eastern Kenya, ne…

The Odede Health Centre is a community-driven initiative that…

The Sapana Dreaming Centre for Humanity in Gokarna, Nepal, was bui…